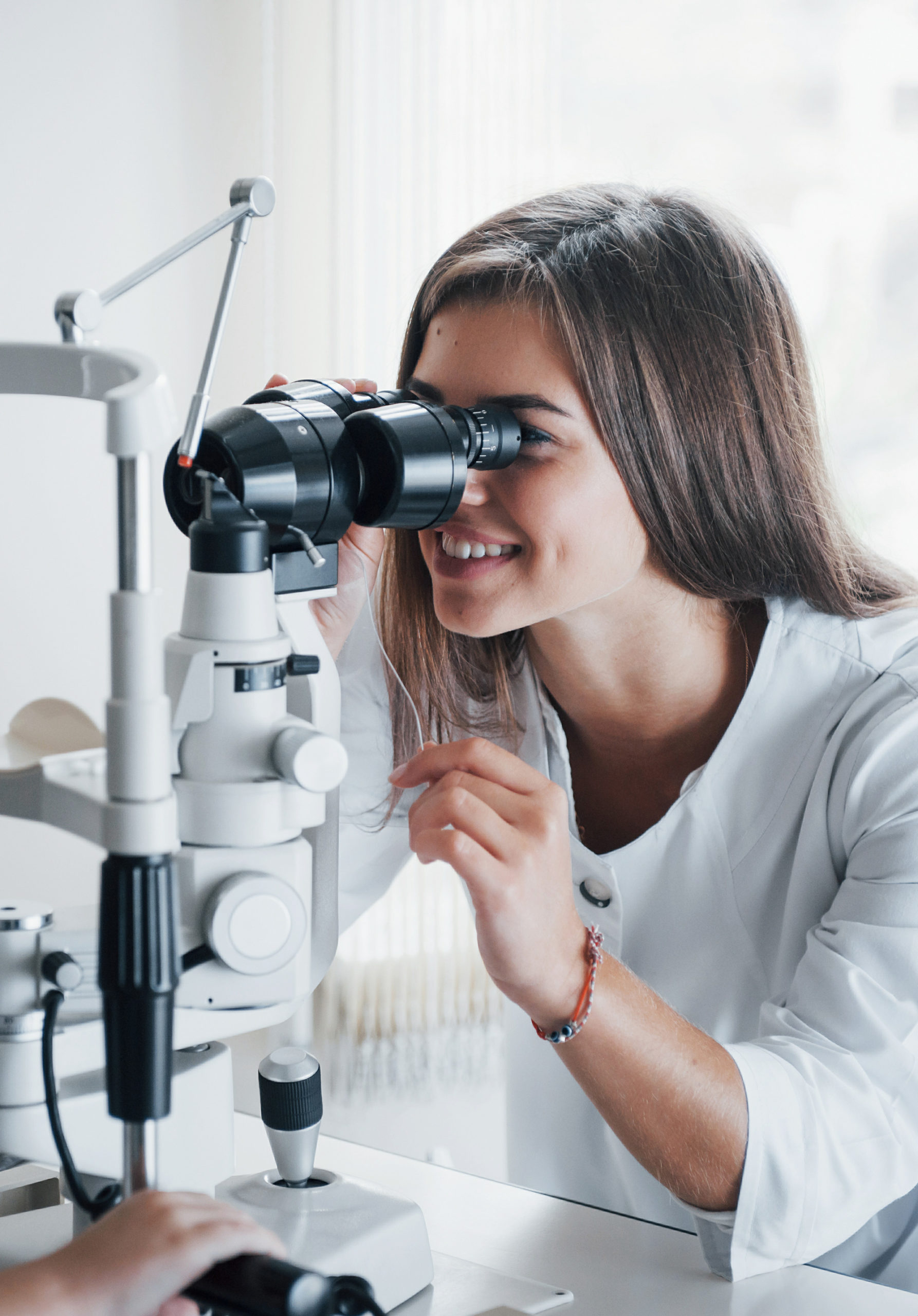 When you think of someone suffering from cataracts you probably think of an elderly person. And there’s good reason for this – if you look at the statistics concerning cataracts it’s fairly clear that cataracts and aging go hand in hand. Indeed, many people regard cataracts as an unavoidable effect of advancing age.

Before we examine the facts and figures in a little more detail, it is important to remember that there are a number of different types of cataracts and that not all forms are associated with increasing age – although, as we shall see, the majority are. In fact age and cataracts are so closely related that the most common form of cataract is usually referred to as a senile cataract. However, cataracts can develop at any stage of life – even before birth but these types of cataracts (known as congenital cataracts) are very rare indeed. For example, in 2002 only 1 baby was born alive in the United Kingdom with congenital cataracts. This equates to congenital cataracts occurring at a rate of just 0.34 per 10,000 British births.

It is also important to understand the terminology that is used when looking at statistics. When the term ‘prevalence’ of cataracts is discussed it usually refers to the estimated population of people who are managing cataracts at any given time. On the other hand, the term ‘incidence’ of cataracts refers to the annual diagnosis rate, or the number of new cases of cataracts diagnosed each year. This does mean that these two statistic types can differ. For example, a short-lived disease like seasonal flu can have high annual incidence but low prevalence, whereas a life-long chronic disease like diabetes has a low annual incidence but high prevalence. It’s important therefore when looking at statistics that the two terms are not interchanged as they are statistically different.

So just how common are cataracts?

Cataracts are very common. It is estimated that they affect around 60% of people over the age of 60. To put this in to some sort of context let’s look at the situation in relation to the United States.

According to “Research to Prevent Blindness” complied by the National Institute for Science Education, the prevalence of cataracts in the United States is staggering with around 5,500,000 people having a cataract interfering with their vision. This equates to a prevalence rate of approximately 1 in 49 or 2.02% of the American population. The incidence rate (i.e. the number of new cases diagnosed each year) stands at around 400,000 which means that approximately 1 in 679 or 0.15% of the population are newly diagnosed with cataracts annually. This figure can be extrapolated to 33,333 new cases per month or 7,692 per week, 1,095 per day or 45 new diagnoses per hour!

The global incidence of new cases of cataract blindness is unknown. Researchers have estimated that for India alone 3.8 million people become blind from cataracts each year(1). Worldwide the incidence figure is likely to be at least 5 million. What about the age of those suffering from cataracts?

As we’ve already mentioned cataracts and aging tend to go hand in hand. Although there are different sorts of cataracts such as congenital cataracts and cataracts that occur as a result of trauma to the eye, the majority of cataracts are aged related and are therefore usually known as senile cataracts. Not surprisingly this is reflected in the statistics with about 60 percent of Americans between the ages of 65 and 74 showing some signs of cataract.

And, of course, as people in the world live longer and as the world’s population continues to expand, the number of people with cataracts is growing. The population aged over 60 years is expected to double during the next 20 years from approximately 400 million now, to around 800 million in 2020. This increase in the elderly population will result in a greater number of people with visual loss and blindness from cataract who will need eye services.

How many people are blind as a result of cataracts?

Globally cataracts are the leading cause of blindness. It is estimated by bodies such as the World Health Organization that senile cataracts are responsible for around 19 million cases of blindness. But just how prevalent cataract blindness is tends to be region specific. For example in Africa and Asia, cataract accounts for nearly half of all blindness. In fact 85% of the cataract-blinded people live in the world’s poorest countries. In the wealthy developed first world nations, blindness due to cataracts does not feature quite as highly – for example in the United States, out of the 5.5 million people suffering from cataracts around 43,000 are blind as a result. Interestingly though cataracts are still the third leading cause of legal blindness in the United States.

The reason for this discrepancy is essentially an economic one. Although cataracts can be surgically removed, in many countries surgical services are inadequate barriers to surgical uptake, such as cost, lack of information, and transportation problems. For many therefore treatment is simply financially out of reach and they remain blind. In fact, globally only 10 to 20% of all cataracts are removed even though treatment can provide useful vision in 90-95% of cases.

Cataracts are also an important cause of low vision in both developed and developing countries. And just as with cataract blindness, even where surgical services are available, low vision associated with cataract is likely to still be prevalent.

How are cataracts usually treated?

As mentioned above, the answer to this is surgery. In fact, surgery is so ingrained as being perceived as the only treatment for cataracts, that 100% of hospital consultant episodes for senile cataract required hospital admission in England 2002-03 (Hospital Episode Statistics, Department of Health, England, 2002-03). Approximately 10 million cataract operations are performed each year in the world(2). In the United States cataract removal is one of the most commonly performed operations with over 1 million cataract extractions taking place each year.

The cost is phenomenal. In the United States in 2001 alone almost 10 million people visited a physician’s office for cataracts (National Hospital Ambulatory Medical Care Survey: 2001). The cost of cataract surgery in the U.S. is about $3,500 per eye and is usually covered by Medicare or most private health insurances. This result is that cataract surgery costs Medicare more money than any other medical procedure. How successful is cataract surgery?

There can be no denying that surgery to remove an affected lens is an effective way of treating cataracts. It is estimated that about 90 to 95 percent of people who undergo cataract surgery regain very good vision – perhaps even better vision than they had before surgery. But it is still a surgical intervention and as such carries with it inherent risks. Is there a non-surgical alternative?

Quite simply the answer is ‘Yes’!

Developed specifically to treat cataracts, Can-Ct Eyedrops now offer a safe non-surgical alternative to cataract surgery. Using a unique patented formula, Can-C Eyedrops gently but effectively work to halt and reverse the progress of cataracts – and all without the need for surgery.

Can-C is a registered trademark of … and/or its affiliates

All other names and marks may be (registered) trademarks of their owners, and are used for reference or identification only. 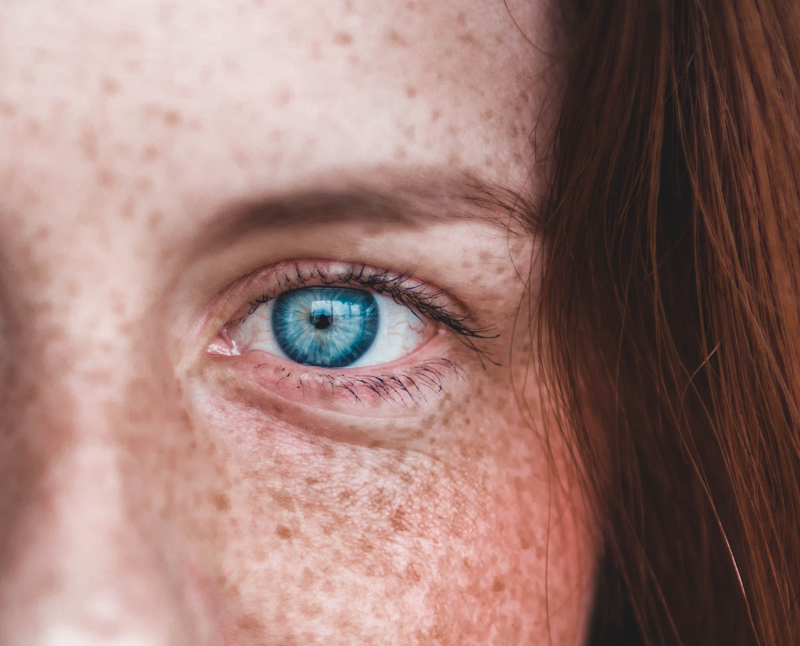 By using our site you agree to our use of cookies to deliver a better site experience.